1. Departure from Vela Luka (the island of Korčula), gathering place in the center (near the gas station "Ina") or as agreed

2. Departure time around 9 am (not fixed)

5. During the trip, guests will have free time for lunch (optional*) in Komiža and/or the possibility for sightseeing. A break for swimming is planned during the trip. The famous beach Stiniva is most visited, but due to the crowds during the summer months, it is possible to change the route in agreement with our skipper and take a break for a swim in one of the many other beaches.

6. Lunch is not included in the price (restaurants in the town of Komiža with good prices and good food recommended by the skipper)

7. The trip is organized in smaller groups of 6-10 passengers (for larger groups we may organize a trip with two boats *)

9. The price does not include a ticket to the Blue Cave, which is EUR 10. The entrance to the Blue Cave is organized by the Tourist Board of the city of Komiža, and the cave can be entered only if passengers are transferred to their boats, and during that time our skipper will be waiting for you nearby *

10. Price on request, depending on a number of passengers *The trip is organized during summertime, on average 3-4 times a week. Reservations are received by e-mail, by phone or by Viber and Whatsapp. You will find the contact on our webside.

Visit with us the island of Vis, which is certainly one of the most picturesque Croatian islands. The Vis archipelago is part of the UNESCO Global Geoparks Network. During the trip, a visit to the most famous locations on the island is planned: the town of Komiža, the Blue Cave and Stiniva Bay. After an hour-long drive, we disembark in the fishing town of Komiža on the western coast of the island with traditional stone houses by the sea. You will have enough time for sightseeing or having lunch as desired in one of the restaurants in this place. After free time spent in Komiža, we will set off to the island of Biševo, located 5 NM from the port of Komiža, and after a short trip we will get you to the entrance to the Blue Cave. The Blue Cave - a world-famous phenomenon attracts a large number of visitors because of its characteristic blue color. The morning rays penetrate the cave, pass through the underwater opening, are reflected in the bottom and illuminate the cave with "blue" light. Swimming in the cave is, unfortunately, forbidden and it can be entered only by a small boat due to the extremely small opening in the cave. Apart from the Blue Cave, there is also the Green Cave on the islet of Ravnik in the Vis archipelago, which is a geomorphological monument of nature, and the entire island of Ravnik has been declared a significant landscape. During the trip you have the opportunity to visit Stiniva Bay, which has been declared one of the most beautiful beaches on the Adriatic Sea owing to its exceptional beauty of wild rocks and inaccessibility. A break for swimming in Stiniva Bay is planned.

What should be visited in Komiža?

Fishermen's Museum in Komiža - located in Komuna, a 16th century Venetian fortress located on the Komiža waterfront. The museum contains a rich collection of original items of boat and fishing gear of Komiža fishermen, the best and most famous fishermen on the Adriatic Sea for centuries, as well as a collection of items related to processing of fish that was once highly developed in Komiža. Among the exhibits, falkuša is a particularly interesting replica of the famous Komiža gajeta (traditional fishing boat). Today, three of them have been preserved, which you can see in Komiža, and which are used for tourist purposes.

Gusarica, the Church of St. Mary, was built during 16th – 18th century on the western coast of Komiža. It was called Cursariza in archives and documents because of early 18th century legend which says that a band of pirates stole a wooden image of the Madonna, but the statute floated safely back to shore. The Renaissance church has an unusually picturesque shape because it has an unusual triple-nave layout, and the main west façade has three connected gables.

Zanchi Palace, better known in the dialect as Zonkotov paloc, is located on a small square. A local patrician, Antonio Zanchi built the palace in the first quarter of the 18th century. It is a Baroque three-storey building with a long balcony on the second floor along the gable façade and with the luminaries (roof-houses) along gable walls with slender stone pyramids with balls on the spit, which are a common element in Dalmatian construction but rarely placed on the gable façade. Among them is a plastic chimney with a prominent ornament. The glittering dragon heads of the tooth gums drain the rain from the roof. Above the balcony on the facade, Zanchi placed a relief of a small niche with the marble statue of the Madonna with the Child in the iconographic type of Apocalyptic Woman or the Queen of Heaven. The sculpture was created by the Venetian sculptor Giovanni Bonazza.

Dom kulture (former JNA Army Home) which was designed by the famous Croatian architect Ivan Vitić in 1961. It is located near the center.

Church of St. Nicholas or ‘Muster’, as it is called by the locals (from the Greek monasterium - monastery), is located on a wine-growing hill above the town, and its origin dates back to the mid-13th century when Biševo Benedictines built a fortified monastery on the hill above Komiža Bay, of which some parts (square tower) remained preserved incorporated into subsequent architectural layers. This is also a parish church in Komiža dedicated to St. Nicholas patron saint of sailors, seamen and fishermen. According to the tradition, the locals celebrate the feast of St. Nicholas (6th December) by burning an old wooden gajeta (boat) in front of the church to save all the ships and seamen of the world. 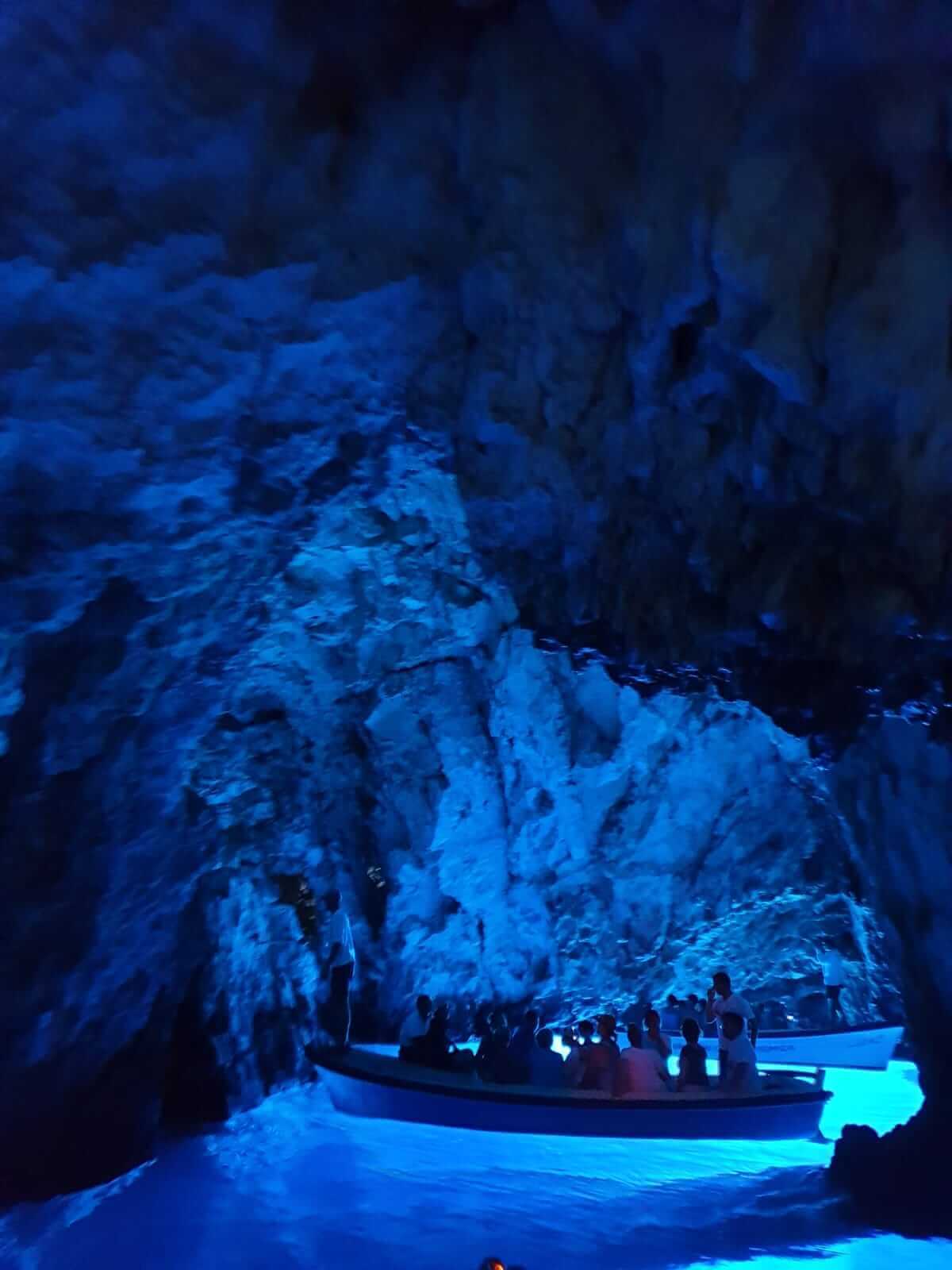 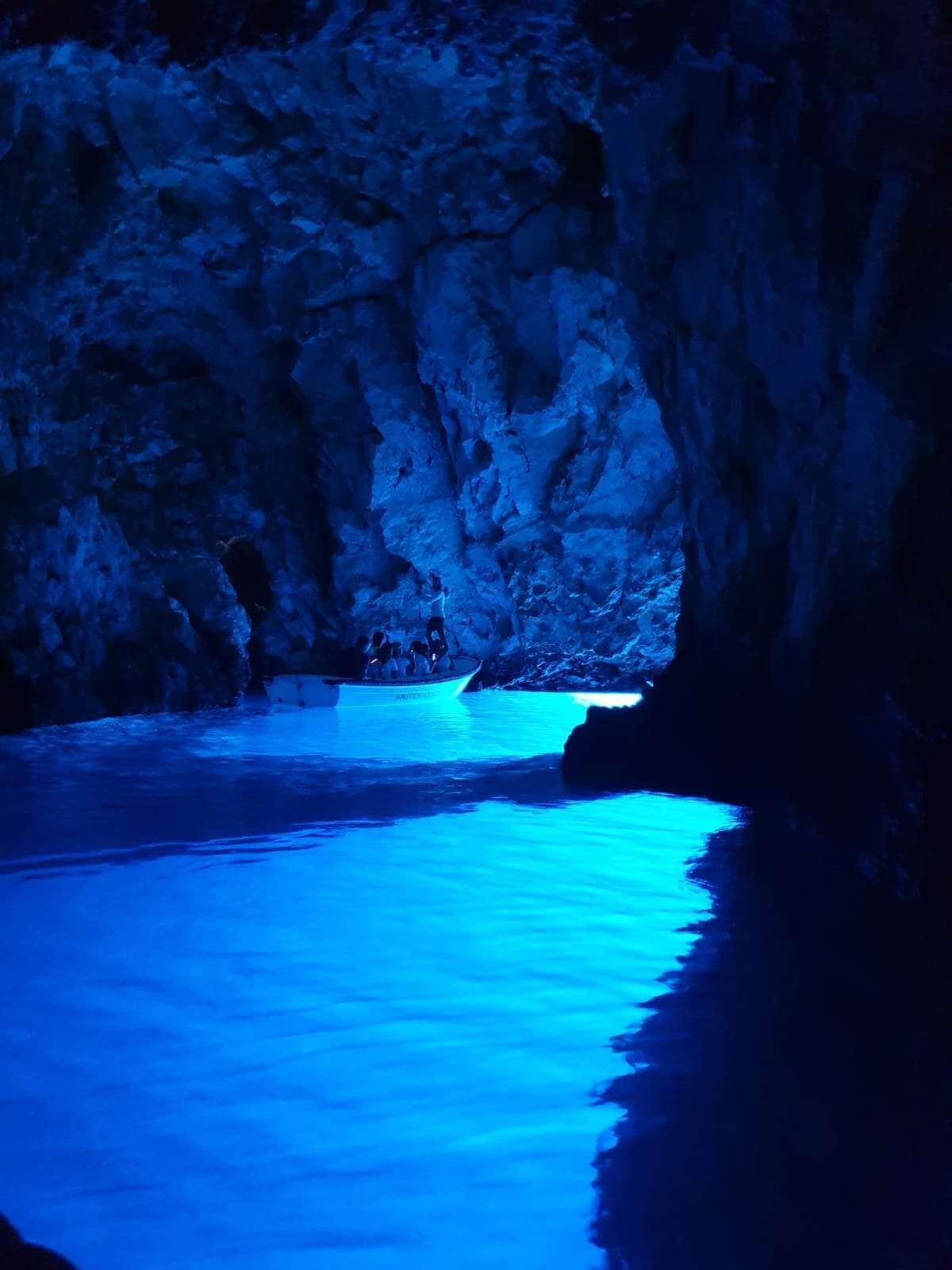 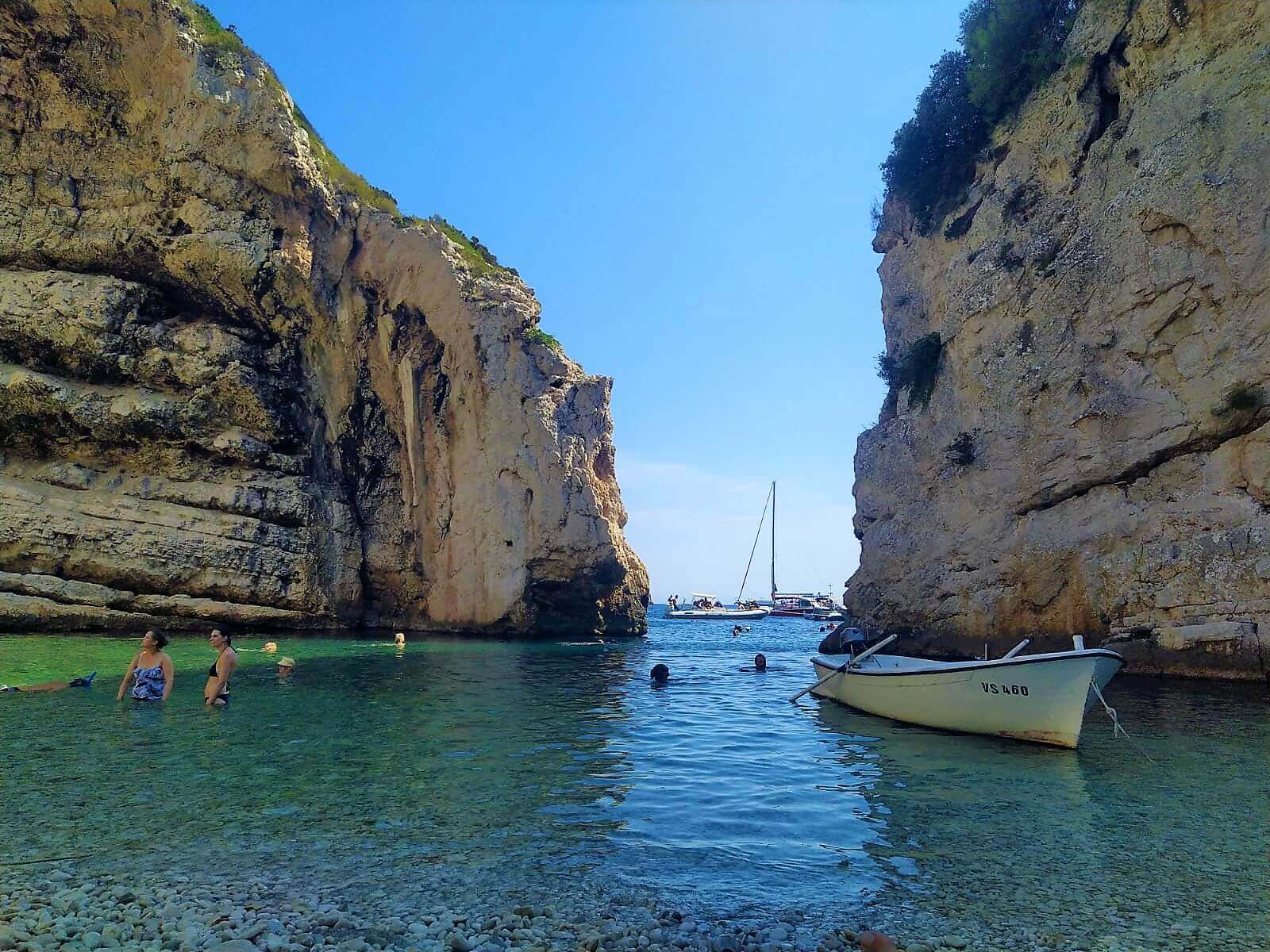 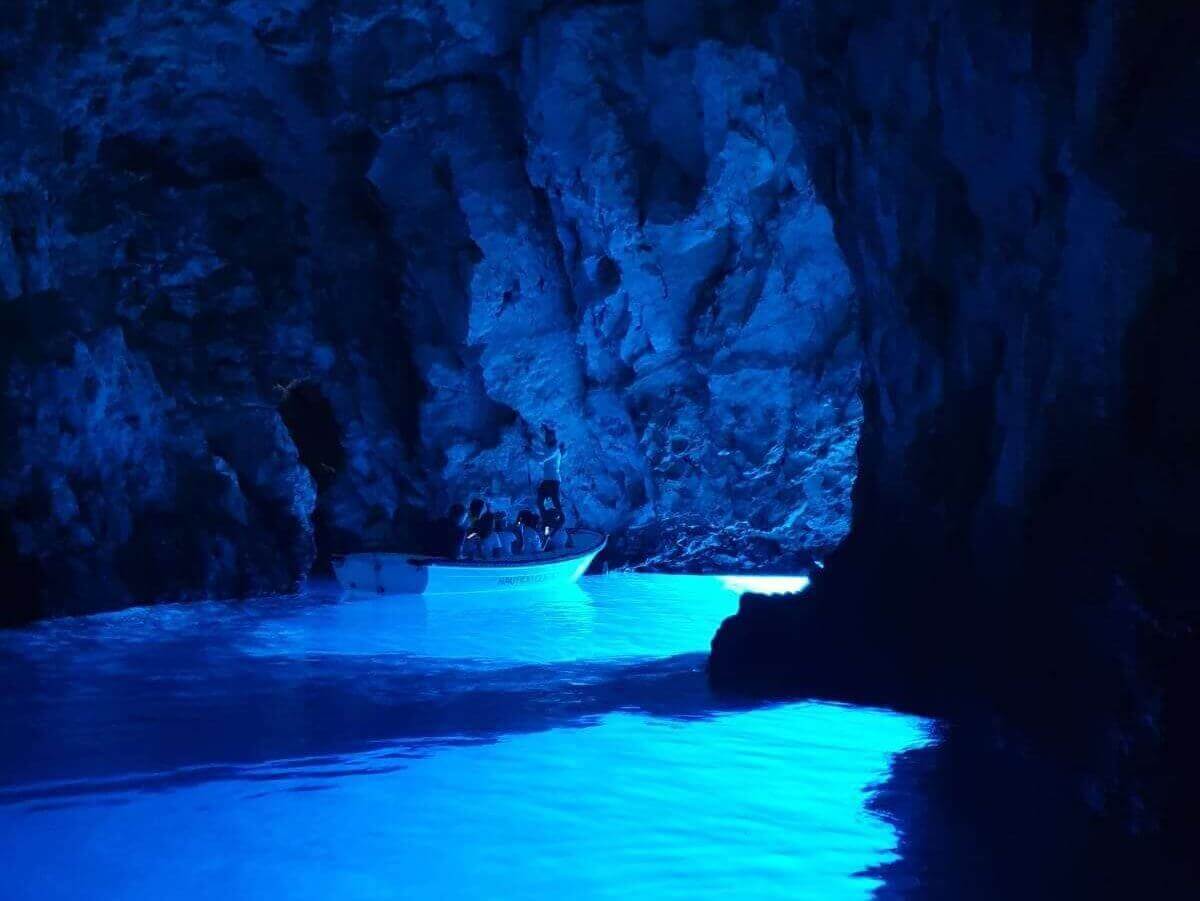